To celebrate the launch of the new menu, David Lloyd Clubs and I filmed some of their new Spring/Summer 2018 dishes.

As such, I can only apologise if you’re in one of the clubs and I suddenly gatecrash your workout by appearing on the TV screen in front of you. 🙂

It’s really cool, David Lloyd asks its members to submit their favourite recipes and out of the thousands of entries they whittle it down to two winners who have their dishes featured on the new David Lloyd Clubs menu for that season – I think that’s awesome! 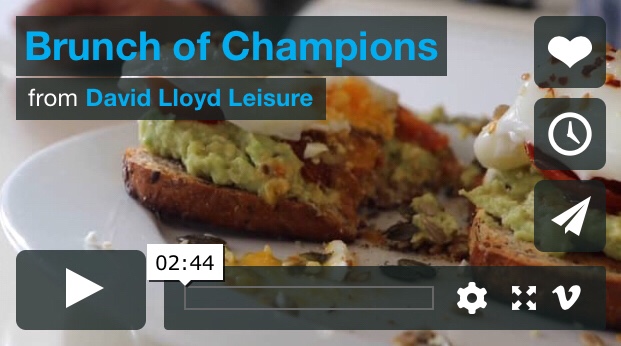